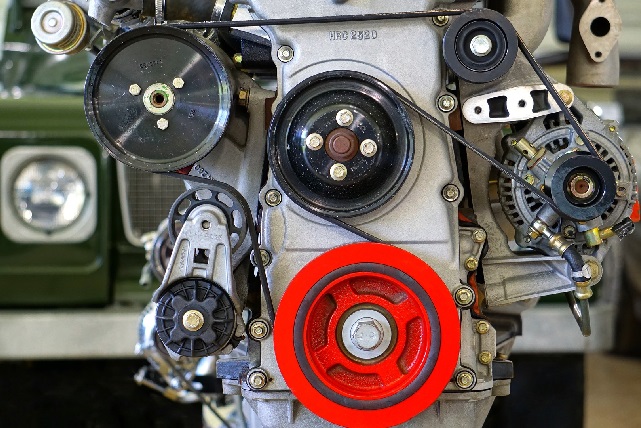 With a population of over 140 mio., Russia is an attractive market, measured by the number of potential consumers. With a pre-crisis GDP-growth of 8% and a post-crisis growth of 4%, Russia’s economy is growing fast, compared to other European markets.

The old industrial assembly regime, granting preferential treatment to companies manufacturing in Russia, is about to be changed into a new regime, starting from 2012. The new regime requires much heavier investments (capacity of participants need to reach 300.000 units p.a.) and certain localization rules. This move will lead to 6 to 8 large national car makers in Russia and a more sophisticated supplier industry in Russia. For suppliers, investments in Russia will become more attractive.

It is not only foreign car makers that are of interest to foreign suppliers. Russian car makers also need to improve quality which Russian component manufacturers are not always able to deliver. Given both a growth in local production of foreign cars and the potential need of Russian OEM to source better quality, now is an excellent time for suppliers to enter the Russian market.

The consumer potential together with increasing income makes Russia one of the most attractive markets for the world automotive industry. In 2015, Russia is expected to be the largest car market in Europe, overtaking Germany.

2011 will be the year when more locally assembled foreign car will be sold in the Russian market than cars of Russian origin. This portion will increase strongly, due to the new industrial assembly regime, which fosters local production of cars. Imports of new cars will also grow, but at a much lower level. This growth will be driven also through Chinese companies, which are about to discover the Russian market. New car sales will exceed 2 mio. units in 2011, still far away from almost 3 mio. units in 2008.

Car loans and leasing is about to gain ground again after the crisis. During the crisis, the loan market was subsidized heavily through the Russian government (and with a focus to Russian car models). Today, companies that went out of business during the crisis are re-appearing. This will drive the market considerably.

Import duties are said to stay at the prohibitive level for older used cars, according to recent statements from the Russian government. Russia’s WTO-entry seems to be postponed, since Putin seems to continue his policy of isolating Russia at least from the Western hemisphere. This would also be a major driver for the new car market, especially low-end models.

In general, access to new cars is getting better in Russia. In a vast country, however, not all regions are covered well through dealers of all brands. Of course, one concentrates on the regions with the most potential. For the Far Eastern Federal District, a government subsidized shipment program was set-up, since this region traditionally is only scarcely populated and there is no OEM manufacturing in this region. With high import duties on older cars, the Far East war especially hit, cause the major source of cars where Japanese used cars. Without the measure, the Far Eastern District would have been cut off from car supply.

Main distribution channels for spare parts are service stations, of which 70% are independent (but not all are very professional), and spare part shops. Faked parts are a continuing problem in Russia, but mainly for Russian brands.

The coverage with service stations and spare part shops is still insufficient, which is also due to the low people-penetration in some regions.

In total, the Russian market for passenger car vehicles and respective components and spare parts is again highly attractive. The main challenges are setting up an effective distribution system in order to access customers countrywide, coping with falsification of parts and handling regulatory uncertainties of still developing legal and administrative systems.

This report is the update of our report published in 2006. It covers data from 2010 and forecasts from 2011, 2012, 2013, 2014, and 2015. To prepare this market report, we used primary and secondary research methods: expert interviews and consumer surveys – in particular for the market of automotive parts, which is not covered yet by any substantial statistical data – and standard analysis of secondary information available on the topic. Based on our experience and developed competencies we have built proprietary market models to forecast future market development. The report was compiled in the period from August to September 2011 and includes respective information.

The report is available as a free download. For more recent data and information, please contact us at +49 (0)30 4005 4914 or via e-mail at request@globis-consulting.com.