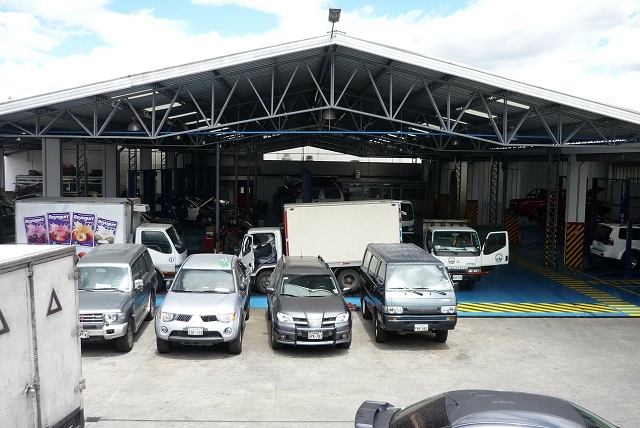 In 2009, China surpassed the U.S. as the largest car market worldwide. Given tremendous further growth potential, China is one of most attractive automotive markets in the world. While with a GDP per capita of 3.600 USD the average Chinese is not rich, on the one hand the share of people being able to afford a car is growing continuously. On the other hand, car prices do reflect the income situation of the average Chinese and for a few thousand USD one can buy a good quality new car.

China’s automotive industry is still young – as are most automotive industries in Asia. China, however, adopted a different approach when planning its car market. It essentially prohibits the import of used cars and before WTO entry, tariffs on new car imports were close to 100%. Through these measures, China ensured the development of its local automotive industry. Through restrictive company laws it forced foreign car makers in minority joint ventures with local, state-owned companies and thereby ensured a know-how transfer necessary for long term development of an own industry. Also today, with China being member of the WTO, most cars sold a manufactured locally.

The car market is characterized through a variety of companies manufacturing cars as well as a very diverse parts making industry. China tries to consolidate the industry, which already resulted in some mergers and take-overs. Today, setting up a new car making business is strictly regulated. Manufacturers who already have a licence are therefore protected against new competition from within China.

China’s car market has been growing at rates of around 35% over the last years. 2009 again marks a record year. The main drivers were government incentives. Some sources also state, that the government itself was buying up cars in order to stimulate the industry – this rumor has not been confirmed so far. While we believe in further growth of the Chinese market, growth rates will be far more moderate. For 2010, China already announced the continuation of most incentives introduced in 2009.

The market is still dominated through foreign brands manufactured in co-operation with Chinese joint venture partners. VW is the market leader in the passenger car segment. In recent years, purely Chinese companies have gained ground. Chery, BYD and Geely are the most prominent purely Chinese car making companies. In 2009, the BYD F3 was China’s best selling car. Warren Buffet is invested in BYD. In addition, the Chinese joint venture partners of the foreign OEM are introducing their own models under their own brand names. SAIC, for example, acquired the rights and equipment necessary to build the Rover 75, now called Roewe. In general, there is great dymanics in the Chinese market: In 2008, JAC, a commercial vehicle manufacturer, announced its entry in the passenger car market. In the same year, Dongfeng, China’s number three car maker, announced its plans to offer its own branded cars. In 2009, Sichuan Tengzhong Heavy Industry Machinery Co., a no-name in the automotive industry, bought GM’s Hummer brand. Also in 2009, BAIC was intensively bidding for Saab (although unsuccessful) and Geely recently reached an agreement with Ford to take over Volvo. Also in 2009, Fiat announced a joint venture with GAIG, trying to re-enter the market after its unsuccessful attempts earlier on. End of 2009, French PSA-group announced a joint venture with Chana.

One of the major challenges for OEMs in China is its distribution structure for new cars. Almost all brands are trying to expand their dealer networks. They also often need to exchange dealers in order to increase the quality of its network. There are not many multi-brand-dealers in China.

Chinese consumers have a different taste as compared to European or North American consumers. (Conservative) Car design is important in order to be successful. Financing of cars is not the usually way of buying a car. Most Chinese save money and then pay in cash.

In line with the size of the car parc, which is slightly below 50 mio. passenger cars, the aftermarket is attractive. However, most cars are added only recently. The car parc is still young and the market for second hand cars is developing rather slow. Nevertheless, aftermarket businesses like independent service chains will be one of the most attractive segments in the automotive market for the next years. In addition, car cosmetics is big in China and provides good opportunities for market entrants.

Distribution for spare parts is a difficult business in a large country like China. There is no dominating or even larger independent player in a market for distribution of spare parts. Due to regionally focused automotive clusters, China has to be seen as several markets. Distribution in these regions is easier to organize, but one needs new partners in very region.

In total, the car market, supplier market as well as the aftermarket are both highly attractive because of the huge market potential of over 1 bn. Chinese consumers. For companies with global ambitions, China is a must.
The major risk in China is the government’s policy with respect to the automotive industry, the unreliable legal system and potential social unrest, driven by a strong distortion of wealth or by environmental problems. In addition, after flooding the market with cheap credits in 2009 to support the economy, inflation is a major challenge for 2010. There are already signs of a hyperinflation, with inflation rates increasing from October 2009 to December 2009 by 2,4 percentage points.

To prepare this market report, we used primary and secondary research methods: expert interviews and consumer surveys – in particular for the market of automotive parts, which is not covered yet by any substantial statistical data – and standard analysis of secondary information available on the topic. Based on our experience and developed competencies we have built proprietary market models to forecast future market development. The report was compiled in the period from September 2009 to January 2010 and hence includes statistical data until December 2009, if available.

Our comprehensive country report 2010 on the Chinese Automotive Market is now available for free as a download. If you are looking for more recent data, information, analyses or advice, please contact us at Tel: +49 (0)30 4005 4914 or request@globis-consulting.com.